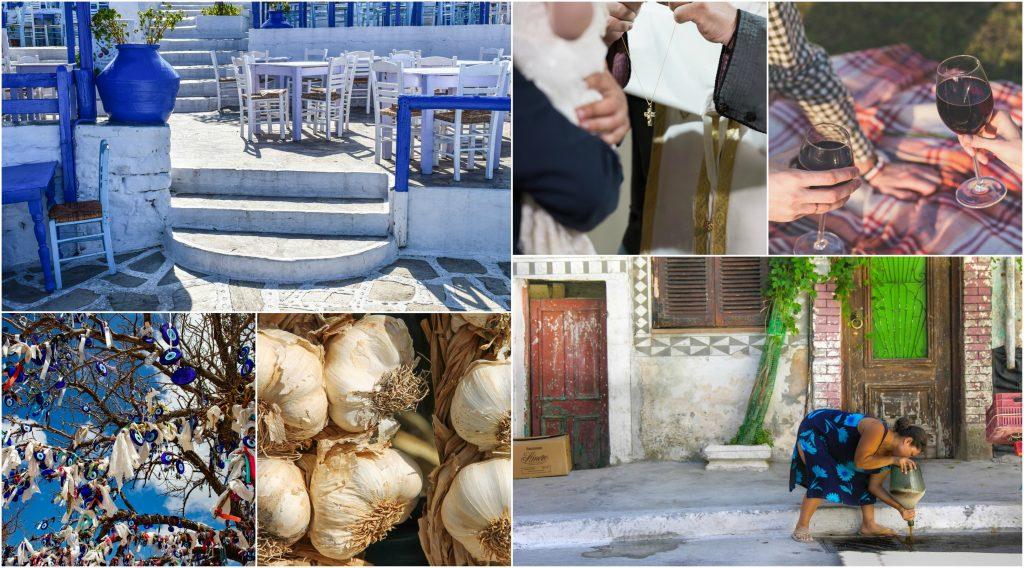 Roots, places, manners and customs in Greece. Travel to a civilization with a long history and not only…
A country of art and culture par excellence, Greece sees its grandeur in its myths, monuments and history. Travelling in this nation, that initiates artistic and cultural movements, proves to be memorable for cultural enthusiasts. Between ancient cities, temples, and charming islands, be completely captivated and dive into the fabulous world of Greece.
Here are some of the superstitions and traditions of the beautiful country of Greece that only Greeks can understand.

In Greece, some names are very common. This comes from an ancient tradition that was intended to ensure the continuation of a name. The firstborn is named after a grandparent: if it is a boy, he takes the name of his paternal grandfather. If it is a girl, she takes the name of the maternal grandmother. It is also common that the first child is named after the father’s parents, regardless of whether it is a boy or a girl. It is not uncommon to find cousins with the same names, though they can be adapted or nicknamed differently to avoid confusion. In recent years, many parents have chosen not to follow this tradition, or instead use the grandparent’s name as a middle name.
Another interesting fact is that a child doesn’t have a name until he or she is baptized. Until then, the baby is called “baby”. 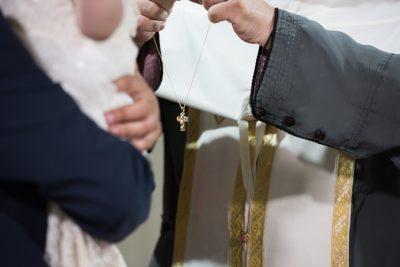 Baptismal day is one of the most important days in the life of a Greek Orthodox. It usually takes place the first year after the baby is born.
On Baptism Day, the baby is undressed and wrapped in a white towel. The priest blesses the water and adds olive oil brought by the godparents. He then immerses the baby three times, saying the chosen name. The priest also blesses the baby and the baby clothes with “myrrh” (olive oil blessed by the Patriarch). The child is then dressed in white clothes. The priest puts a gold chain with a cross on his or her neck and gives the baby its first Holy Communion.
At the end of the ceremony, the parents kiss the godparent’s hands and receive guests’ wishes: “na sas zisei” (Long Life to Your Baby). The ceremony is followed by a celebration at the family’s house or a restaurant.

It is true that the tradition of “name days” exists in many European countries, but in Greece, these name days are strongly respected and celebrated. For many Greeks, the name day celebration is actually more important than a birthday, especially for adults, and it is customary to call and congratulate someone on their name day. The person celebrating often treats his/her guests to either an open house or for a drink at a taverna.
According to the Greek Orthodox Church, every day of the year is dedicated to the memory of at least one (usually more than one) saint or martyr. If someone is named after a saint, then there is a big celebration on his or her name day. In Greece and Cyprus, many names derive from pagan Greek antiquity, and there may not be a Christian saint of the same name. In such a case, the person is said “not to have” a name day or they may choose to celebrate on All Saints’ Day.

“Kalo Mina” or First Day of the month celebration

When in Greece, behave like a Greek and wish everyone “Kalo Mina” on the first day of every month. Καλό Μήνα is simple to pronounce and means “have a good month.” Locals, especially the elderly, keep the tradition and wish to family members, friends and neighbors a “good month.”
Another Greek tradition is to wish also “Kali Evdomada” – Good Week – on Mondays. The wish is used mostly on Monday morning, though. They also wish “Kalo heimona” – Good Winter – preferably after August 15, when the summer vacations end – or used to end – for the majority of Greeks. Some also wish “Kalo Fthinoporo” – Good Autumn – and “Kalo Kalokairi” – Good Summer -. But did you know that they never wish “Good Spring…”???

During the summer months, all over Greece, from the tiniest of churches in the tiniest of villages, to the largest of cathedrals in the towns, Greeks keep a centuries old tradition alive; a tradition of celebrating the Name Day of the town’s main Saint; the “Panigiri”.
This jolly affair, with street markets, food vendors, and, in the evening, a gathering, usually in the village square, or any spare bit of land large enough, tables and chairs are set up, ready for a real “Glendi”, which, in English, more or less means having a right knees up! 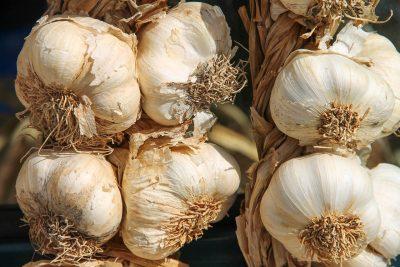 I Put a Spell on You or Evil Eye “Mati” Superstition

Some Greeks believe that someone can catch the evil eye, or “matiasma”, from jealous or envious people. Those, who have caught the evil eye, usually feel bad physically and mentally. To avoid the matiasma one must wear a charm: a little blue marble glass with an eye painted on it or a blue bracelet. Blue is believed to be the color that protects against the evil eye but it is also believed that people with blue eyes can give matiasma. Garlic is another way to guard against the evil eye, and people often hang it in their houses.

Spitting, or rather the spitting sound (ftou ftou ftou, always three times to represent the Holy Trinity) is believed to protect against the curse of the evil eye. It is not rare to also hear someone say ‘ftou ftou ftou’ when they hear about someone’s misery or misfortune to protect themselves or their loved ones from it. But the most common occurrence is with babies, where people make the spiting sound to protect the child from any harm.

Another tradition Greeks are famous for is the smashing of plates. While the origins of this practice are obscure, it is associated with the expression of joy and happiness, or to show appreciation for the music played at a party. This tradition was banned in 1969 and replaced in live music clubs (bouzoukia) by throwing flowers at the feet of the singer, or at each other. You may still see some plate smashing in private celebrations, although plaster plates are more likely to be used.

Never hand someone a knife

Greeks never hand a knife to someone because they believe it will bring a fight with the person. Therefore they set it down on the table and let the other person take it.

Orthodox priests are revered and in villages the custom is to kiss their hand in respect when meeting them. But it is believed that seeing a black cat and a priest during the same day is bad luck.

Unlike the Western belief, in Greece the unlucky day is Tuesday the 13th and not Friday the 13th. Tuesday is considered to be the unluckiest day of the week because on Tuesday, May 29th, 1453 the city of Constantinople was besieged and taken by the Ottoman Turks. Greeks also consider the number 13 to be good luck and the main theory is the belief that having 12 apostles of Christ made Christ the 13th of the group. However, the combination of Tuesday and 13 as Tuesday the 13th of the month is considered a very unlucky day in Greek culture.

Greeks believe that saying the same thing at the same time is an omen and the two people will get into a fight or an argument. Because of this, when people say the same thing together they must immediately follow by telling one another “piase kokkino” and both have to touch any red item they can find around them.

A unique tradition happens before a Greek wedding day. The krevati (literally meaning bed) is a tradition where the bride-to-be and her single friends come together and decorate the couple’s future marriage bed with fresh bedding and decorations, and throw gifts, money and rice on it. Even small children are placed in it. This ritual is done to promote prosperity and fertility for the couple. (This tradition is not always observed in modern-day Greece.) 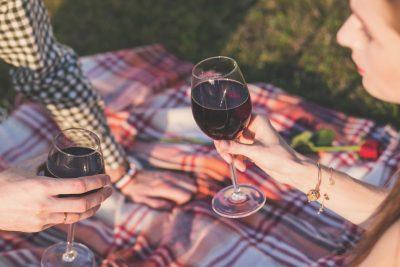 Just like anywhere in the world, Greeks cheer by saying “Gia mas” with alcohol, be it with wine, ouzo, beer or tsipouro. But one thing they will never do is cheer with coffee, which is said to bring bad luck. 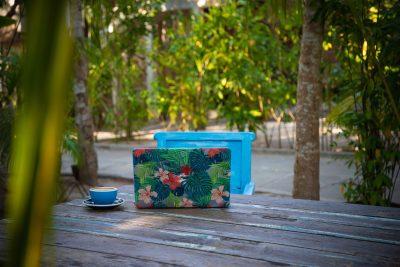 Are you a digital nomad and thinking about your next destination? Greece is the answer 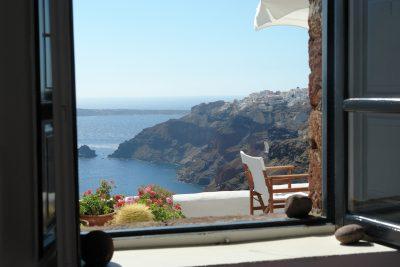 Greece opens its doors to tourists

Today May 14, 2021, Greece opens its doors to tourists! Greece is ready to welcome 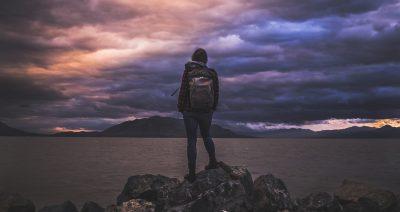